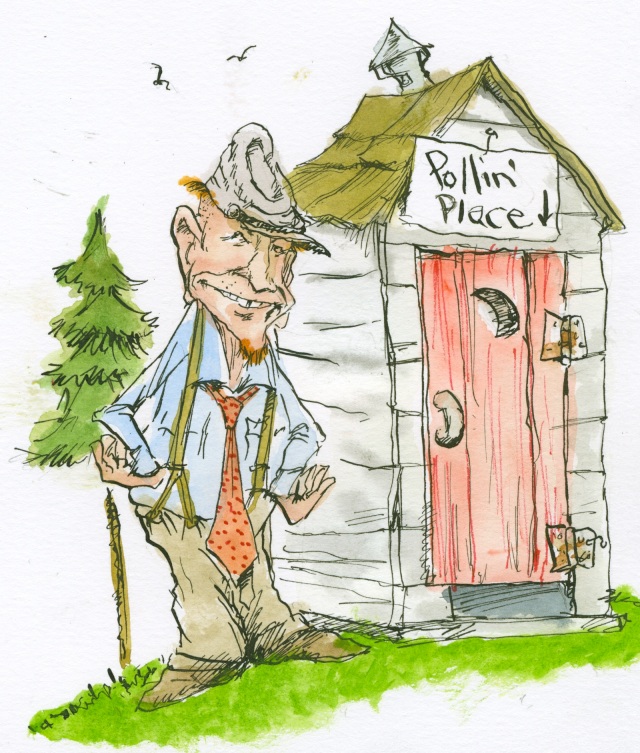 Ty is Election Commissioner in Fonduberont County, Mississippi. He has single handedly driven away hundreds of potential voters with whom he politically disagrees but all in the name of saving taxpayer dollars that used to be spent on what he calls “numerous and frivolous polling places.” His tactics include supporting new voter identification laws requiring would-be voters to display holograms and affidavits personally signed by the governor. He has cut the number of polling places by two-thirds and hidden the rest in gated communities. His most clever tactic is a recent letter to voters which claims their polling place is, in fact, in Poland.

illustrator/cartoonist/wiseguy
View all posts by kerrtoons →
This entry was posted in Uncategorized and tagged county mississippi, election commissioner, polling places. Bookmark the permalink.